The active adaptive management solution learns very quickly and rather monotonically which model is correct, even when models differ by small amounts and the initial belief is heavily skewed to the wrong model. I’ve implemented examples with Myers model, but in this parameter space the allee effect is well below the Reed escapement level of the alternative Beverton Holt model, so it doesn’t exert itself. 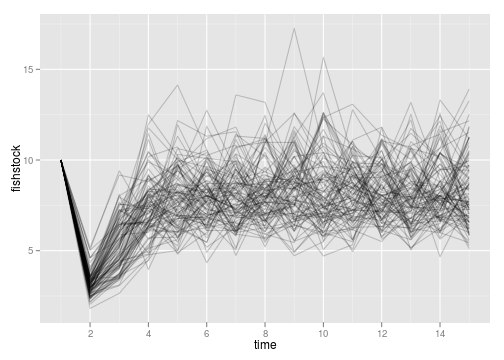 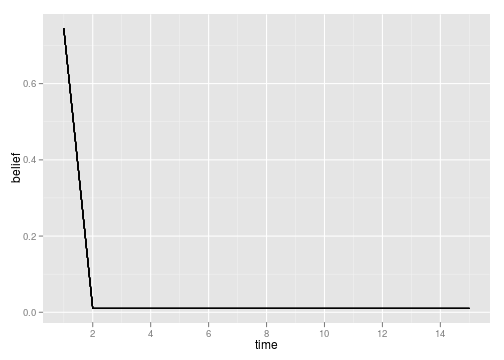 Cases where risk of collapse is real, learning is fast, but model uncertainty isn’t the challenge. Compare outcomes starting with wrong and right initial belief. Learning takes place in the first step, but many populations crash by chance anyhow. 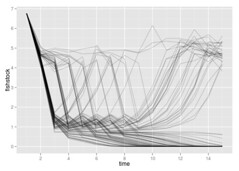 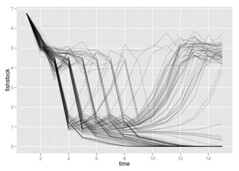