Yesterday I began to address concerns of different models that have different mean dynamics, and how this influences the warning signals. This poses several kinds of issues.

Note that the mean changes quite suddenly at the end, though the loss of stability is more pronounced much earlier on.  (Images are is now sfw-flash objects instead of gif loops so can be paused, etc by right click. Hosted locally in this site’s media library as flickr stream doesn’t support flash.)

Code archive for these figures; uses the animation package and SWF tools to create the flash images.  Multiple root finding (a problem in the numerical examples earlier which used nlm) supported now by rootSolve package.

So what does this mean?

Ignoring mean rate of change will be misleading, but a linear approximation to the rate of change doesn’t capture the second model well right near the switch point. Over most of the parameter range this can be ignored, with the rate estimated as essentially flat for this model. It is the corrections to the variance due to changes in the expected value that are more challenging. It is in this example that estimating the return rate, critical slowing down, will be more promising. The explicit analytics might help us further here:

Starting from the expansion of the master equation and taking the linear noise approximation, we can express the dynamics in Ito form:

Around the equilibrium \(\hat x\) we have variance

A little tired of LaTeX writing, I  approximate \(\alpha(a)|_{\hat x}\),  the slope at equilibrium as a function of the bifurcation parameter. Going astray: calculation here, results graphed here, upshot is assuming saturation doesn’t capture the bifurcation.  Applying that approximation earlier to the derivative expression gives a slope of \(-e\), no \(a\) dependence at saturation anyway.

Foregoing a complete analytic treatment, we can solve for function numerically to get the picture. For the first model with the steady changing mean, we see the mean, the eigenvalue \(\alpha\), demographic noise term \(\sigma^2\), and total variance: 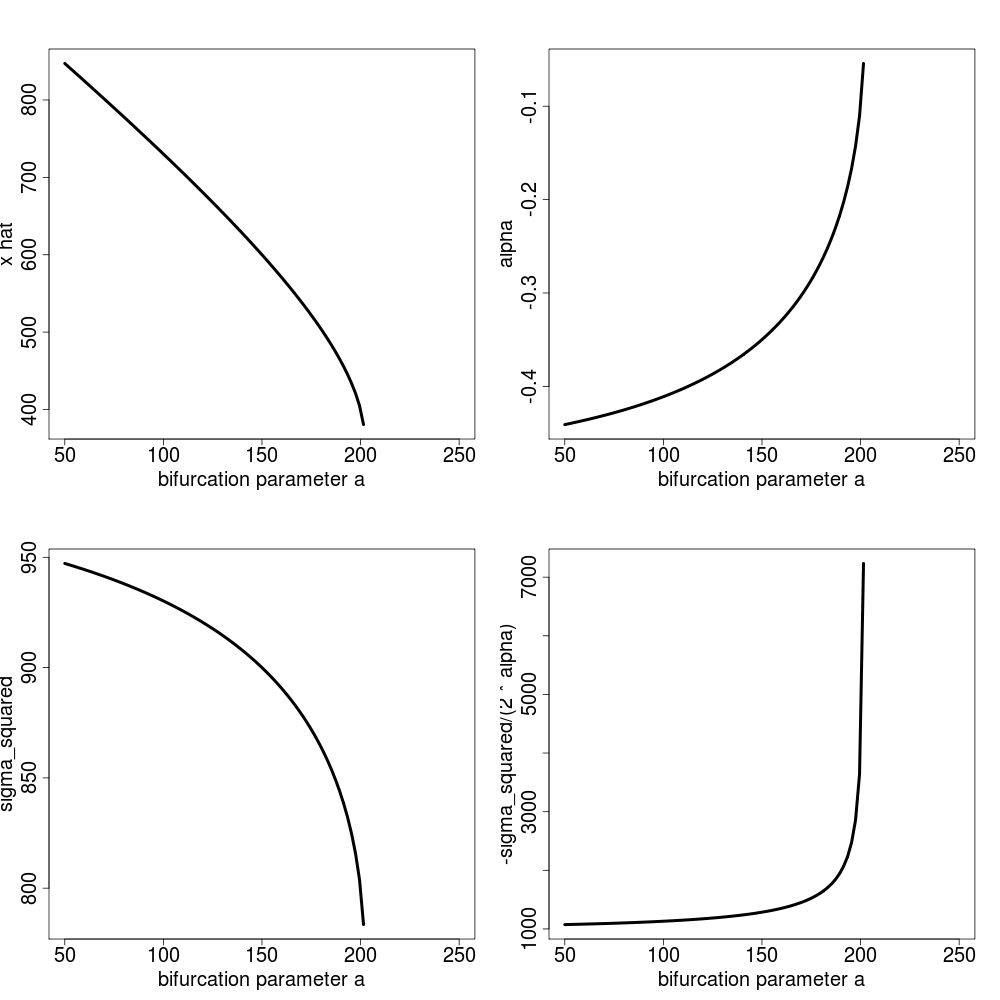 And for the second model (note smaller values of a now lead to the bifurcation): 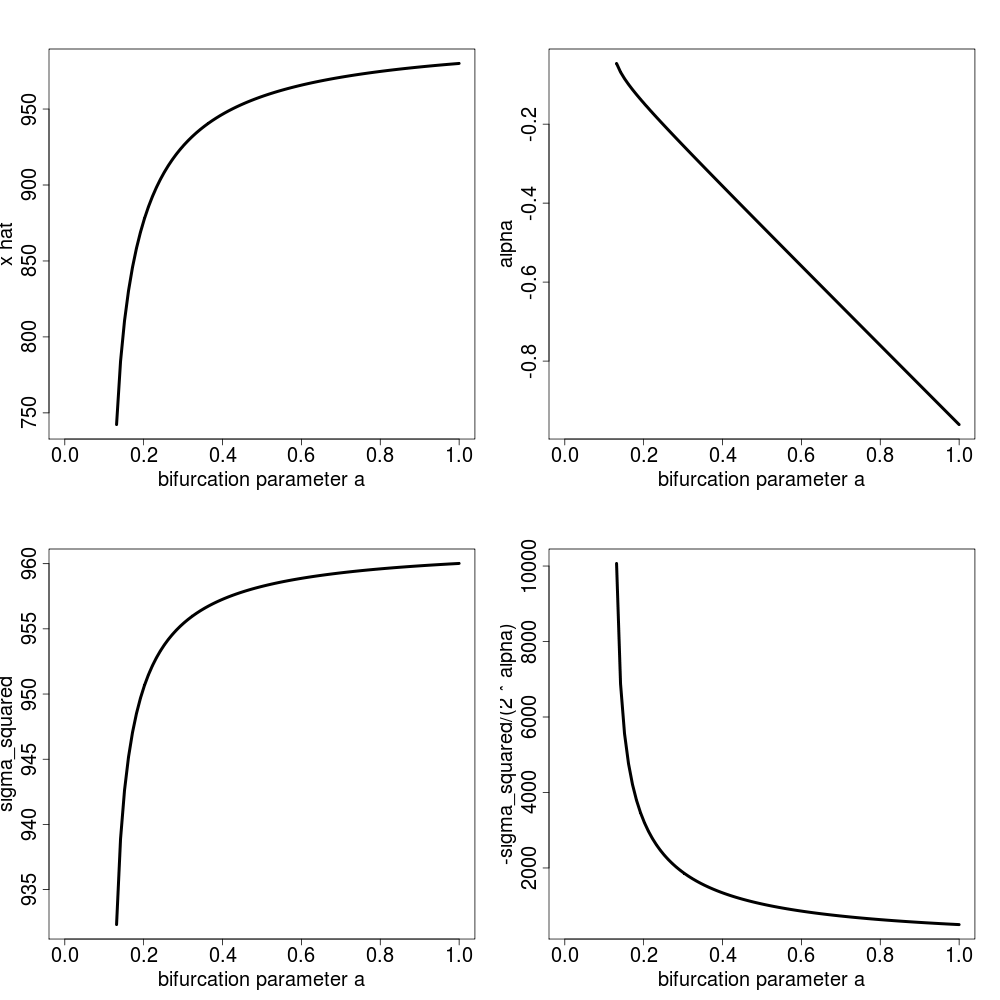 where the parameters are linear functions in time or in a (changing linearly with time). So, what’s the power spectrum of the time-dependent function

where \(\alpha(\hat x, t)\) is a function of \(a\) as given by the graphs above and \(a\) changes linearly at some rate? Is it to this that we must compare fits under models of changing and non-changing \(a\)?